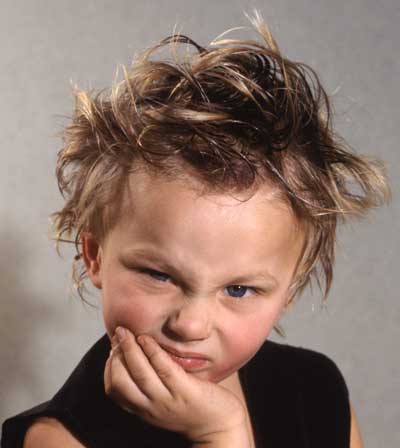 Kindergartners that have turned into monsters. The previously sweet, compliant children have turned sour, temperamental and belligerent. Many mothers tearfully admit that they are worried that something as traumatic as bullying or abuse has occurred and wonder if they should pull their child from the classroom. So dramatic is the change in their sweet angel’s personality that many parents feel like the tumultuous teen years have arrived ten years early.

Here’s what happens. With great anticipation and excitement, the child goes off to kindergarten. When she gets to school, she listens for long periods of time, refrains from yelling, sits quietly in circle time and keeps her place in line when she is lead to the cafeteria for lunch. Then, she gets off of the school bus, walks into the familiar kitchen and her internal release valve bursts open. She can relax from being good and let her frustrations rip.

We adults forget that behaving for six or eight hours at school requires a lot of energy for kids. They simply aren’t used to concentrating and keeping their behavior in check for such long stretches. And there’s another factor at work. They are growing. Combine these two issues and by seven o’clock at night, every kindergartner will be exhausted.

So what’s the solution for our 5 year-old angels-turned monsters? Sleep. And more sleep. The majority of young people simply aren’t getting enough down time or sleep and it is costing them mentally, emotionally and physically.

The average 4-6 year old requires at least 12 hours of sleep in a 24 hour period, so let’s help our little ones get some fun back into their lives and make sure that they nap and get to bed earlier. And they won’t be the only ones who will be happier.

I-Neglect Charity is officially certified by the IRS as having a Public Charity status 170(b)(1)(A)(vi), EIN 42-1562329. Further details are available upon request. Contact Kurt at Kurt@Ineglect.org.